Are you a little nervous about mushrooms, like I’ve been my whole life? Not the zoomy kind that people take to parties, but the ones cherished by chefs and home cooks.
Well, today I entered the world of touching, harvesting, and cooking two fungi! First, my usual warning to you:

Have you heard of morels? Small towers of deliciousness in a maze of shroom. Don’t ask anyone where to find them. They won’t tell you. Morel locations are closely guarded secrets. Same with wild ginseng, which is illegal to harvest in many places. But I digress. 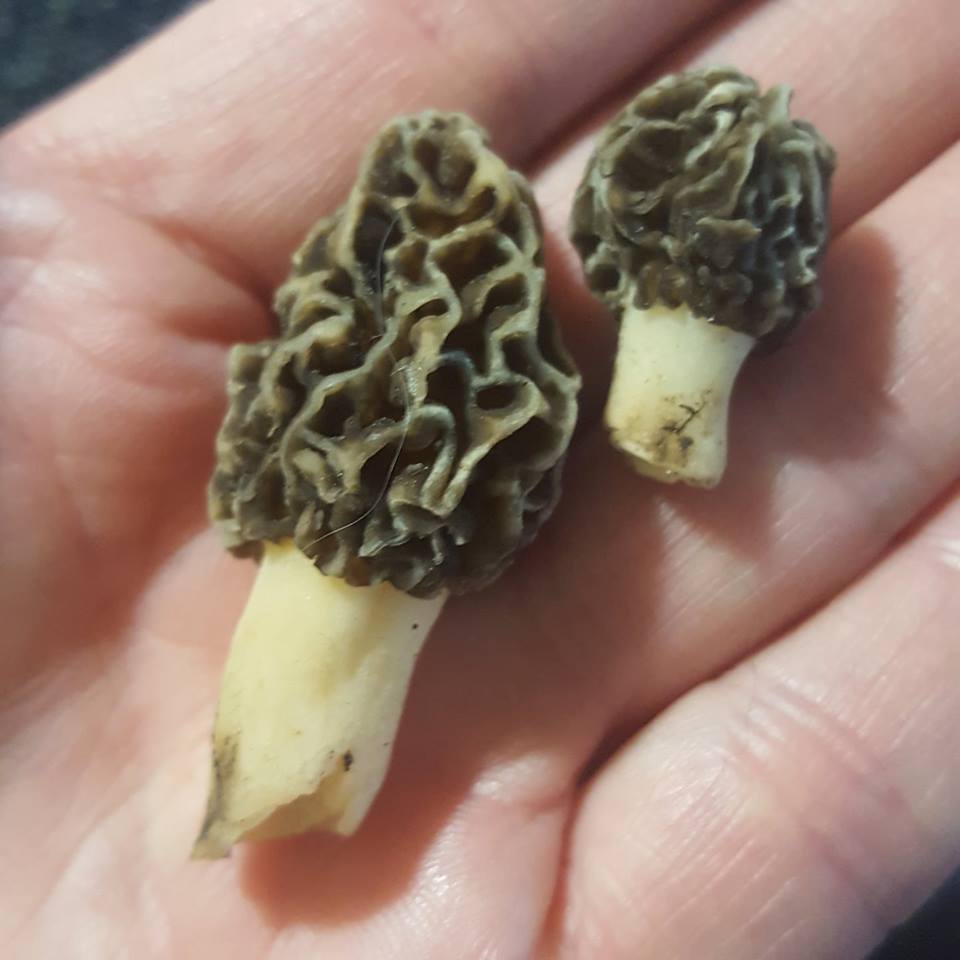 I will tell you that they can be tricky to find. They seem to like dark, moist earth in beech and sugar maple bushes, and you can find them easiest after a rain.
The other treat I found and fried was pheasant back fungus, or dryad saddle. It was huge, and I had no idea how to prepare it. Love online videos! After watching a couple of those, I became an armchair expert. Scoop out the spores, chop off the black stem, thinly slice, fry in butter until crispy (mine were still wiggly and chewy, but who has patience for cooking, anyway?) and eat. And share. 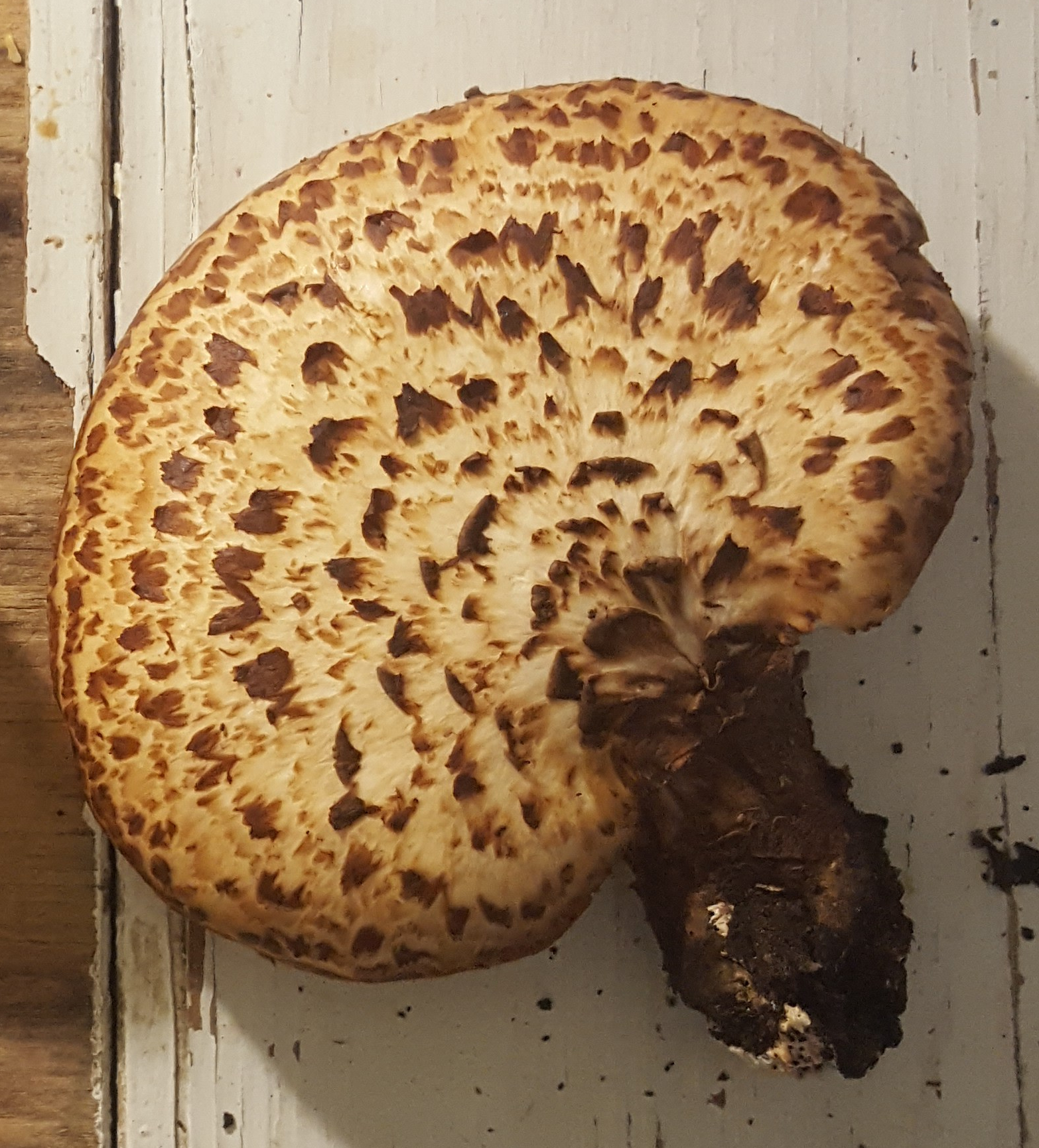 Pheasant back smells like cucumber to some, melon to others. It must be eaten all in a sitting, for it doesn’t store well. You can add it to ramen or soups, or season it any way you wish. We all enjoyed it.
So, that’s it for my foraging for fungi. I did pick another one, but still haven’t identified it, and won’t touch it until I do. Picture below, if anyone is interested in researching for me. It was found under a log.
Remember to protect yourself against ticks, fleas and mosquitoes, leave nothing of yours behind, and ask the experts.
Like, share, friend, spread the word, and thanks!